The Nerds have a whale of a time with Bobby Boessenecker.
Modern whales actually evolved from walking mammals! But how exactly does a huuuuuuge blue whale go from walking on land to swimming in the ocean? Find out! 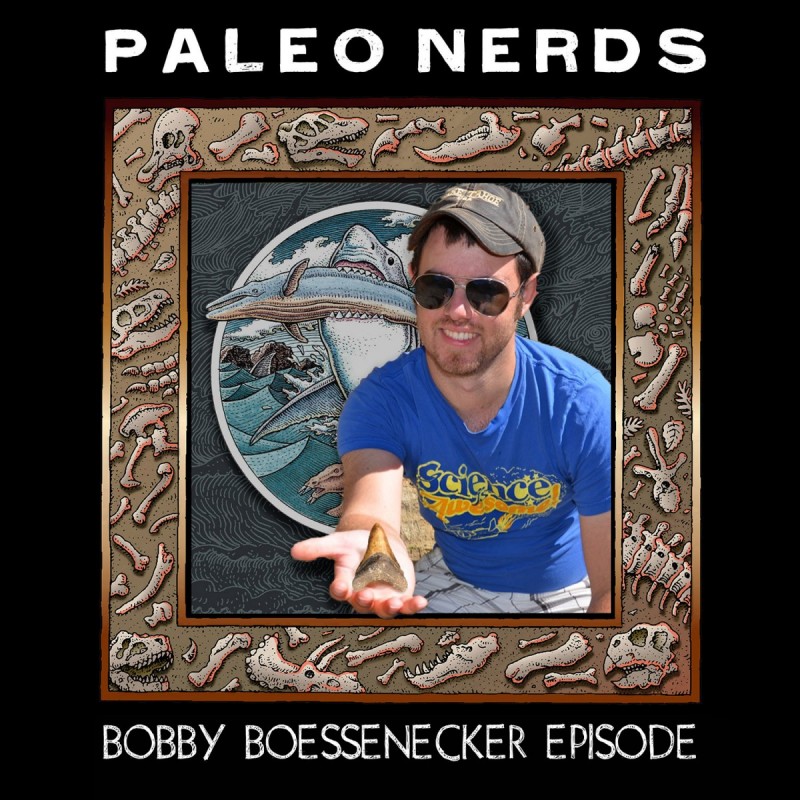 When Bobby went fossil hunting and found a dolphin ear bone and a sea cow molar, he didn't understand why everyone was obsessed with sharks and not with the marine mammals right in front of them.

Bobby wanted to find remnants of "the last" Megalodon - or at least as close as he could get. He got word that one had been found in the Purisima Formation, a locality that Bobby has obsessed over for most of his adult life. Check out his blog about it!

After two years of dedicated searching, Bobby found the tooth that pushed Megalodon's extinction date back one million years, disproving the previous hypothesis that Megalodon had died after it's food source went extinct. Although his passion is marine mammals, Bobby's hypothesis that the thriving population of Great White Sharks out-competed Megalodon landed him on Shark Week.  (Or is Megalodon stil alive?!...)

But let's not let sharks steal the spotlight! Dave finally gets to ask: just how exactly did blue whales go from walking around as Ambulocetus to massive underwater creatures like the Killer Sperm Whale Livyatan melvillei?

Sperm Whales Clicking You Inside and Out