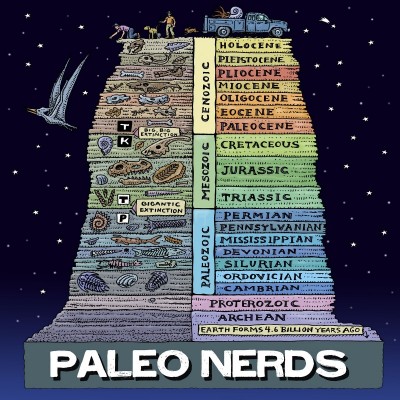 David Strassman would like to thank his brother, Michael Strassman, (1959-2007), for turning him on to "In Suspect Terrain" by John McPhee, which opened his eyes to geology and the deep past. Thanks Mike, wherever you are.

Episode 01 with Dave and Ray

Episode 01 with Dave and Ray:

The Dinosaur Heresies by Robert Bakker

The Monkey Wrench by Edward Abbey

Basin and Range by John McPhee

Resurrecting the Shark by Susan Euwing

The Island Within by Richard Nelson

Dawn of the Deed by John Long

Rise of the Fishes by John Long

Roy Chapman Andrews All About Dinosaurs

All Books by Carl Safina

Coming into the Country by John McPhee

A Whale for the Killing by Farley Mowat

Monarchs of the Sea  by Danna Staaf

Soul of an Octopus by Sy Montgomery

Other Minds by Peter Godfrey-Smith

Cruisin' the Fossil Freeway by Kirk Johnson and Ray Troll

My Octopus Teacher (Streaming on Netflix!)