Brian Skerry has logged over 10,000 hours underwater, capturing powerful images for National Geographic and has recently teamed up with James Cameron to continue bringing the captivating stories of the world's oceans to those of us stuck on land. 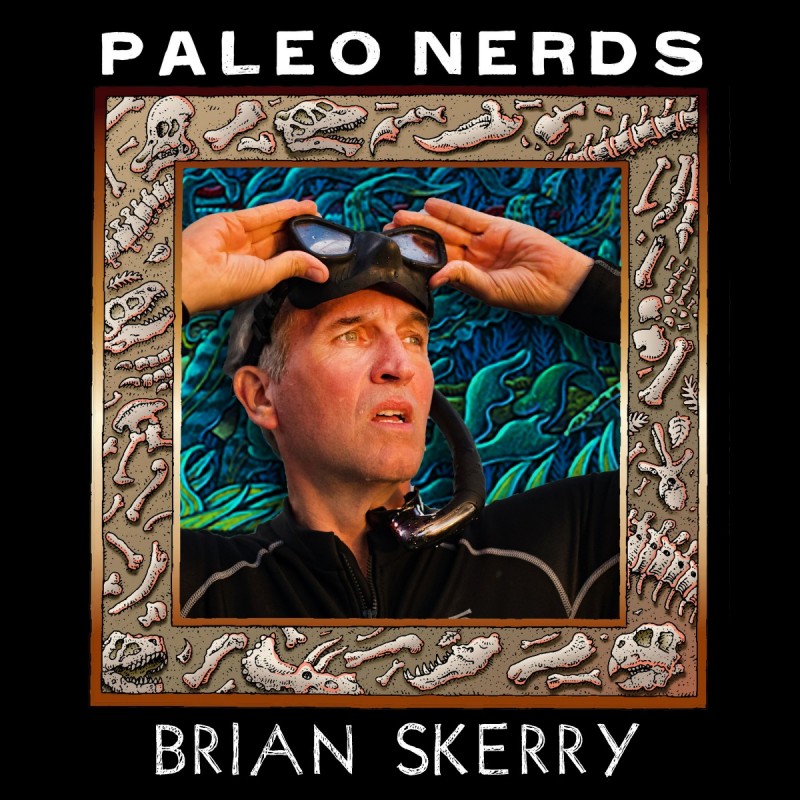 Although Brian's work centers around our planet's living oceans, he does have Paleo Nerd roots. As a child, Brian's parents would take him to their local gem and mineral store where he began collecting fossils and minerals. He acquired quite the collection through these almost weekly trips and has since passed on some of his most prized finds to his daughter.

Brian worked hard in the local textile mills of inland Massachusetts to spend his summers immersed in the beaches and oceans of New England, instilling a deep love and appreciation for the mysteries beneath the waves.

Brian started scuba diving at age 15 and began attending the Boston Sea Rovers Show. During the event, Brian heard underwater photographers discuss their work and he knew he wanted to explore the ocean through a camera lens. His "Mount Everest" dream was to become a National Geographic Photographer, but Bill Curtsinger, David Doubilet and Flip Nicklin already had the ocean depths covered for the magazine. Brian later became president of the Boston Sea Rovers and got to meet most of his heroes including the infamous Jacque Cousteau.

While Brian was inspired by all three prominent underwater National Geographic photographers, Bill’s work especially spoke to Brian. Bill's book Wake of the Whale was especially formative and still remains on Brian's coffee table. Although he made many incredible connections through the Boston Sea Rovers, Brian didn’t meet Bill until years later.

Brian had the amazing luck of capturing the first living oarfish on film - a 10 foot long silvery eel-like fish that waits vertically in the water column. Oarfish are fascinating creatures (just ask Tyson Roberts) and National Geographic published Brian’s photo. The photo got the attention of Bill Curtsinger and he and Brian began diving together. One day, Bill called with an opportunity to photograph the Whydah Gally, a shipwreck from 1717. Against the odds of the environmental challenges, Brian captured breathtaking images for the magazine. Brian has been a contract photographer with National Geographic since 1998.

Although he's has been in many sticky situations with the ocean's scariest predators, Brian Skerry's Scariest Moments have all been moments with nature itself, battling the ocean's currents and seeking holes in ice sheets. Brian has done thousands of dives with sharks and has only been concerned enough to leave the water a handful of times. He's spent well over 10,000 hours underwater (that's close to two years!).

In 2019 Brian was trying to capture orcas feeding on Rays in New Zealand, working with Dr. Ingrid Visser. During this shot, Brian was invited to join the feast when a female orca offered him a ray. He’s also personally felt the clicking vibrations of a sperm whale.

Secrets of the Whales tells the story of whale culture by following Brian’s exploratory dives. The series was executive produced by James Cameron, narrated by Sigourney Weaver and is available to stream on Disney+!

Since Brian has been diving since the late 70s, he's personally witnessed how the world's oceans have changed due to fishing, pollution and climate change. Brian's incredible catalog of work not only allows those of us without scuba gear to experience the underwater world, it documents the history of our changing oceans and the catastrophes the natural world currently faces.

Follow Brian on a recent dive experience off the coast of Maine.

Wake of the Whale