Episode #41 A Gentleman's Geology of Georgia with Cameron Muskelly

Youtube star Cameron Muskelly joins the Nerds to talk about the geologic treasures of Georgia and the southern United States. Cam is a paleo encyclopedia, so you're sure to learn something new! 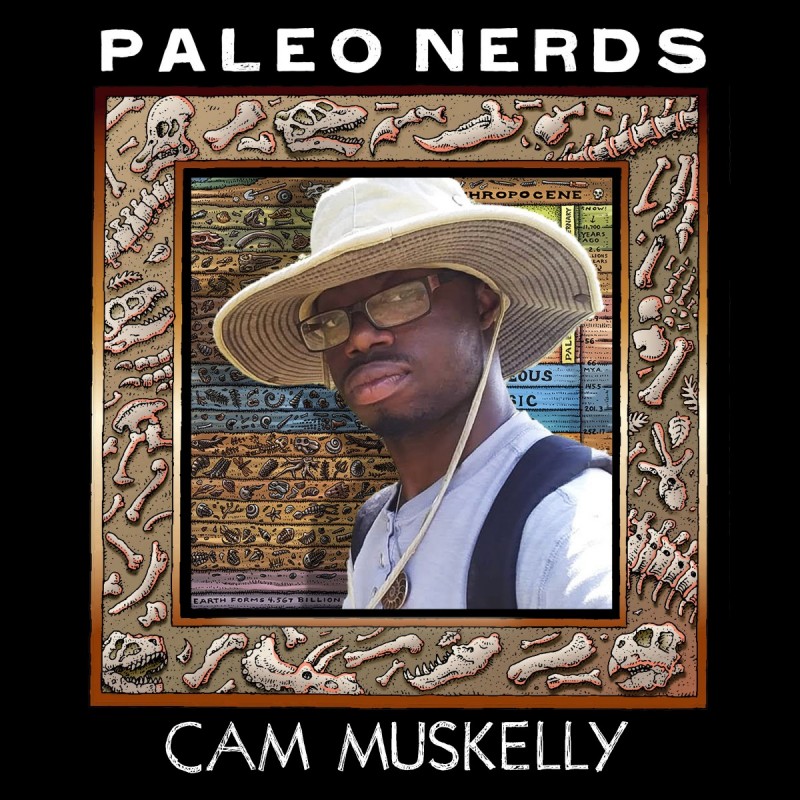 Cam is and always has been a dinosaur guy. As a kid, Cam was gifted a stuffed Triceratops accompanied by a Zoobooks magazine with art by Mark Hallett He earned the nickname "Dinosaur Boy" in elementary school, sharing the dinosaur facts he learned with his peers. His teachers also took note: when Cam was a good student, he could go down the hall to visit Ms. Davis' fossil collection. Ms. Davis even gave Cam his first fossil - a Crinoid stem - and later gifted him the Trilobite specimen he coveted as a child, perhaps foreshadowing his later find of an Aphelaspis buttsi trilobite.

Although Cam had done extensive research on fossils, physically holding a fossil brought them to life in a whole new way. This experience is what has driven him to continue doing outreach and science education - to allow everyone to experience holding a fossil. Both Ray and Cam have both received the Katherine Palmer Award - Ray in 2015 and Cam in 2020.

Cam was diagnosed with Autism Spectrum Disorder at the age of 8. Cam and many other individuals with ASD tend to hyperfocus on subjects. For Cam, he fell into paleontology and geology and by the age of 10, he had memorized the geologic time scale. When he was 13 he began writing out the chemical formulas of minerals. Paleontology and geology also provided a way for Cam to connect with his peers, in some ways using his extensive knowledge of dinosaurs to shield against bullying - after all, who doesn't love dinosaurs?!

Cam currently uses social media to share his knowledge and passion for paleo. He's on Youtube and Twitter and also contributes to Time Scavengers, a paleo blog founded by paleontologists Adriane Lam and Jen Bauer. He hosted Cam's Fossil Jam, a monthly educational event while volunteering at the Fernbank Science Center.

Cam's hands-on learning experiences have made him an expert in the geology of his home state of Georgia and the surrounding southern states. Alabama, Georgia and Tenessee are home to the Conasauga shale, an almost Burgess Shale-level preservation of Middle-Late Cambrian to Ordovician soft-bodied specimens. Although he has found soft-body remains, Cam's goal is to find an Anomalocarid in his home state of Georgia.

Georgia, like the Eastern side of the United States is all marine deposits, so while there are fossils to be found, dinosaurs never roamed. The earliest fossils in Georgia are Archeocyathids - vaselike sponges who lack spicules. Paleontologists are still debating whether they are sponges or corals from the Shady Dolomite Formation. The coastal plains of South Georgia have Cretaceous sediment and that's where you can find the occasional disarticulated remains of tyrannosaurs, ornithomimids, and other bloat-and-float specimens.

Among the "Southern Gems" of paleo are Alabama's clam-crushing Globidens and Georgia's Georgiacetus, the four-legged whale. Cam is campaigning to make this whale fossil Georgia's state fossil (currently the shark tooth).