Ray joins his old friend Chuck Bonner in Kansas where Chuck's family has collected exquisite fossils now on display around the world. 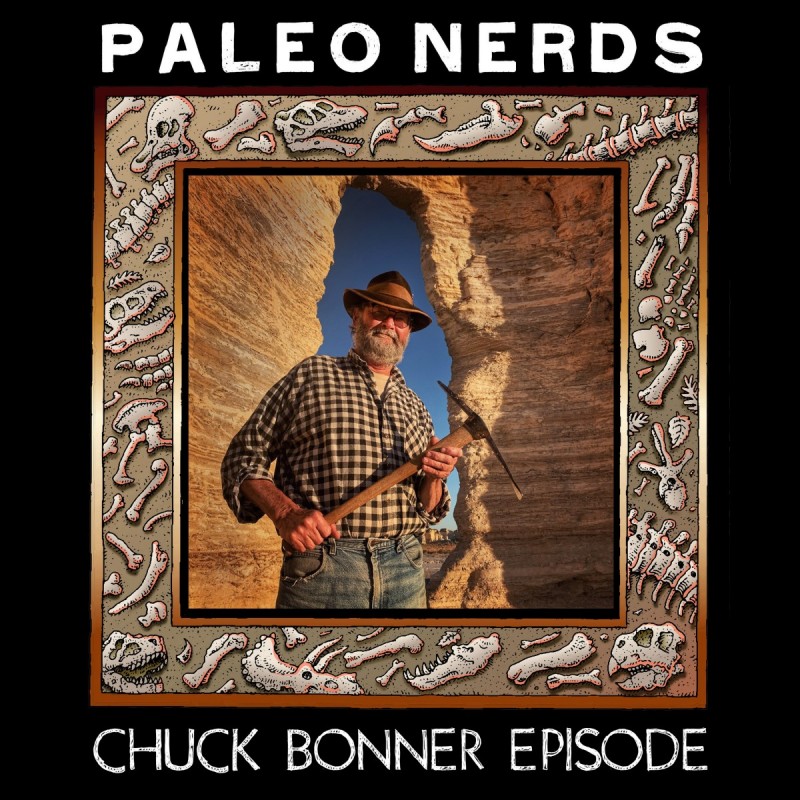 Chuck Bonner is a paleontologist not by choice, simply by his existence. He's a second generation fossil collector and has lived in Kansas his whole life, which looked verrry different when it was an ocean in mid-late Cretaceous until the Laramide orogeny when the Rocky Mountains were born.

Chuck's family has been imbedded in paleontology since the early 1900s, when his father Marion went fossil hunting on a school trip, finding a fish skull that got him hooked on paleontology.

Marion Bonner was a fossil collector in Kansas long after the infamous time known as the "Bone Wars" where Edward Drinker Cope and Othneil Marsh's rivalry escalated after Cope put the head on the wrong end of Elasmosaurus.  Learn more about the Bone Wars:

The Bonners stayed out of the fued, but collected with George F. Sternberg (Charles H. Sternberg's son) who was significantly less dramatic.  Marion would often bring the whole family along, with Chuck and his siblings working alongside him in the field.  Chuck's family has collected specimens now on display in major museums around the world, including one of 6 of the infamous fish-within-a-fish fossil - a Xiphactinus with it's last meal preserved in it's stomach.

Chuck's family also has a long list of species bearing their name, like Bonnerichthys, a genus of fish that Chuck discovered, his father excavated it (with the help of a local cowboy and their trusty 1949 Chevy Suburban, "Spiker") and sent it to his brother Orville, the head fossil preparator at Kansas University at the time.

Ray met Chuck when he returned to Kansas for his 20 year high school reunion. In '92 when Ray and Chuck connected, Chuck took Ray out to find some of his first fossils. When he's not finding "big-@$$ Pteranodons," Chuck runs the Keystone Gallery with his wife Barbara.  The gallery features fossils collected by the Bonners as well as Chuck's art.

"Imagine A World" by Lonesome Charlie AKA Chuck Bonner

Imagine a world, An ancient sea where creatures swam it's now prairie,

Reptiles in the air and birds with teeth, Giant swimming lizards sharks lurking beneath,

Prehistoric animals to blow your mind, Sailfish and swordfish and all other kinds,

Flying pteradactyls and turtles abound, The diversity of life can be found all around,

We're on the rolling prairie, Now a sea of grass, Once an open waterway in the distant past,

The Earth is ever-changing, We may need to swim again,

Now we're just trying to adapt to the world we're living in.

And remember, the best fossil is always the next one.