Dr. Dean Lomax sold his Star Wars collection to fund his paleontology dreams. While some may gasp, his investment certainly paid off - his book Locked in Time has already come up a few times on the show already! 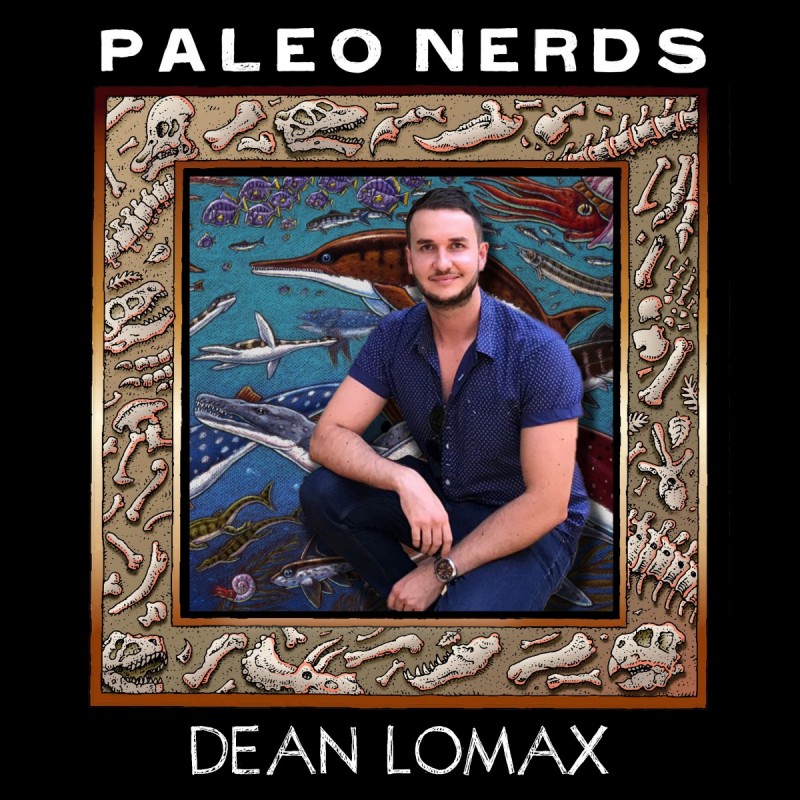 Paleontologist, Science Communicator, Author and Visiting Scientist at the University of Manchester

Growing up in Doncaster, England, all Dean wanted to be was a paleontologist. In spite of some unsupportive teachers and poor grades, Dean pursued his goal, collecting fossils from the Yorkshire Coast. At the age of 18, Dean sold his childhood collection of Star Wars action figures - among other things to travel to the Wyoming Dinosaur Center to gain experience in the field and to immerse himself in the Paleo Nerd community.

Building on this experience, he returned to Doncaster and began volunteering at the Doncaster Museum and Art Gallery which had been void of a paleontologist since 1912. He began excavating the museum's collections and was astonished at the incredible discoveries that had been overlooked right here in his hometown - things like giant eurypterids which he formally described. In fact, there were over 10,000 fossils collected over the last 100 years, much of which had been unidentified. Among this paleo-treasure trove was a particularly significant ichthyosaur specimen.

This ichthyosaur had something odd in its ribcage, so Dean reached out to professor Judy Massare and Bill Wahl, two marine reptile specialists he'd met in Wyoming. They encouraged Dean to dive in and write a paper on it, so he did - starting at the young age of 18. Dean and Judy continued to study ichthyosaurs together, eventually determining that the Doncaster Museum specimen was new to science. Dean decided to name the species Ichthyosaurus anningae after Mary Anning. In fact, Dean has since examined every single (known) ichthyosaur that Mary Anning ever found! He has also named four additional ichthyosaur species and one dinosaur. (If you don't know who Mary Anning is, you should listen to our episode with Amy Atwater!)

Through his research, Dean surpassed doing an undergraduate degree and went on to complete a master’s degree before completing a Ph.D. focused on ichthyosaurs. Dean is a prolific paleontologist and active researcher. In 13 years working in paleo, he has published more than 50 academic papers, written 9 books, co-hosted TV shows, led major field excavations, built museum displays, and has become a leading world expert on ichthyosaurs. Not bad for somebody who was told he wasn’t good enough to be a paleontologist! (Check out his TED Talk above.)

One of Dean's latest books Locked in Time focuses on fossil specimens that capture a specific moment - like the sad horseshoe crab whose failed attempts to free itself preserve the tale of its demise. Fossils that contain both the ichnofossil (trace fossils like footprints) and the specimen that made them are called Mortichnion fossils. While he was formulating the book, Dean reached out to Bob Nicholls, a paleoartist who brought these specimens to life by "fleshing out" these fossils that contain a story.

More locked-in-time moments: Ashfall, the Dueling Mammoths (who also crushed a coyote in the act), the Megatherium tunnels, the infamous fighting dinos caught in a sand dune, the recently discovered dueling dinos, the "Dinosaur Sex Dance," and the "Something Interesting" site which contains the ripped apart skeleton of a Camarasaurus surrounded by scattered Allosaurus teeth and footprints. Of course, there's more in the book and even more that Dean has yet to explore.

Dean walks through the Steve Etches Collection with Steve Etches, observing the magnificent moments deep in the Jurassic seas.

Paleo News: A team from the Burke Museum uncovered four dinosaurs from Montana's Hell Creek Formation, including the "Chicken from Hell." Ray's exhibit at the Burke has come to a close, but you can still experience some recorded virtual events and still catch the Cruisin' the Fossil Coastline exhibit at the Oregon Coast Aquarium! And Dave is considering a new dog - a McNab Sheperd.