Gabriel Santos is a nerd. But, hey, if you're listening to this podcast so are you! He's studied the paleoparadoxical Desmostylians, but now he uses cosplay to demonstrate that science is everywhere, especially in pop culture! 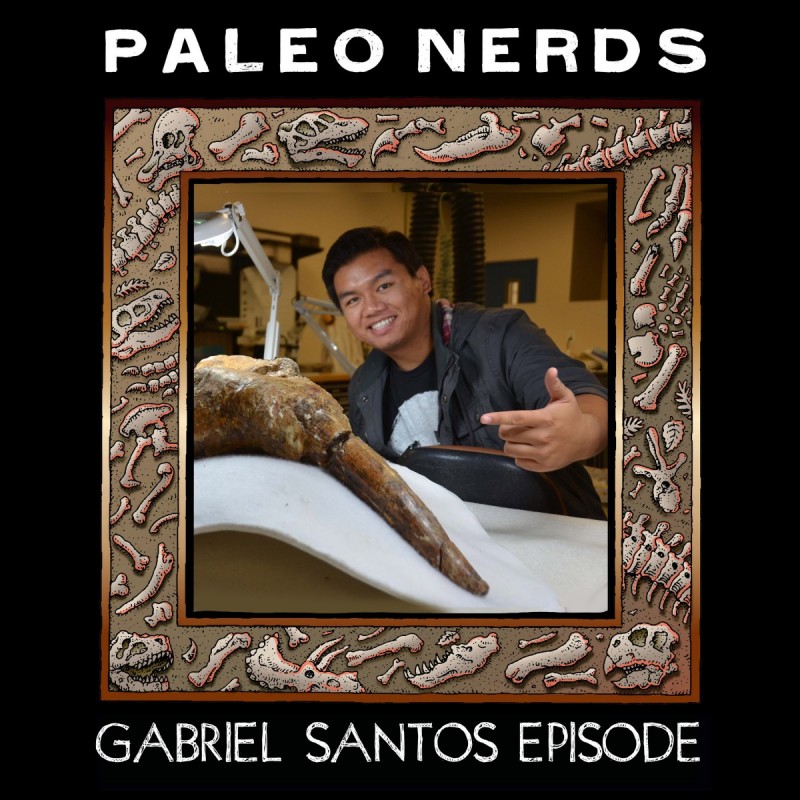 After encountering the Paraceratherium skeleton displayed at the American Museum of Natural Hisotory, Gabriel Santos was hooked on paleontology. He immediately began volunteering at the Cooper Center (a repository of fossil and archeology specimens in Southern California) while pursuing his master's.

Although Ray and Gabriel have full on Desmophelia (an intense love for Desmostylians) Dave's not convinced that these "boring" hippo-looking-marine-mammals-the-size-of-elephants deserve admiration. Gabriel and Ray team up to convince Dave that Desmos really are so weird they're cool.  Oh, and they're big in Japan.

Gabriel still feels the Desmophelia, but his work at the Alf Museum centers more around scientific communication and education, something he's also channeled as a co-founder of the Cosplay for Science initiative.  Gabriel and his co-founders use cosplay (dressing up as a character from a movie, book or comic) to demonstrate how science is already present in pop culture.