Episode #28 Mammoths, Mummies and Wolves (Oh My!) with Grant Zazula

Grant Zazula is a Paleo Nerd! His interest in archaeology is what attracted him to the Pleistocene and now he studies in the mighty Yukon, managing thousands of fossils that are byproducts of the mining industry. 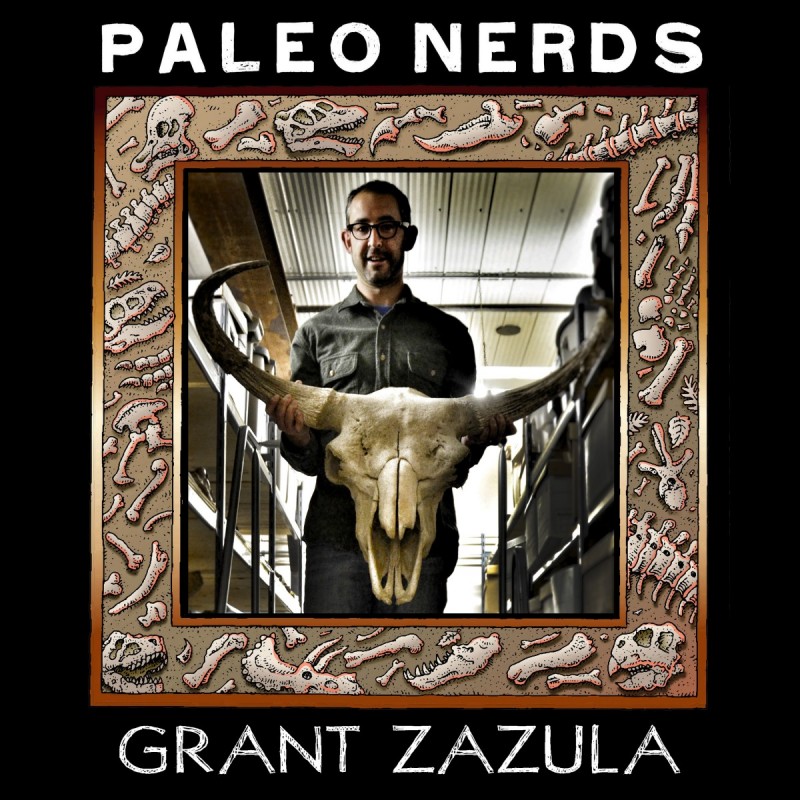 Yukon Paleontologist for the Government of Yukon's Paleontology Program

Grant grew up in Edmonton and spent his summers on his family farm in Alberta, Canada where he was surrounded by the artifacts his grandparents brought with them when they immigrated to Canada from Ukraine. In high school, he began volunteering at the Royal Alberta Museum where he continued to cultivate his respect for relics of the past. His academic career focused on archeology and paleoecology and he got his Ph.D. in 2006 at Simon Fraser University in Burnaby, British Columbia, Canada, studying Arctic ground squirrels (Read it!) inspired by legendary Canadian Paleontologist Dick Harington. Shortly after, he moved to Whitehorse to become the Yukon Paleontologist.

Evidence of the first continental ice sheets in the Yukon from the beginning of the Pleistocene, 2.6 million years ago. During this first ice age, much of the Earth's oceans were locked up in ice sheets causing a drop in sea level and exposing the shallow marine area between Russia and Canada known as Beringia. This massive grassland, or Steppe, has appeared and disappeared many times since the Cretaceous depending on sea level and glaciation.

Hydraulic mining has been common practice in the Yukon for hundreds of years but as miners blast away the permafrost searching for gold, they get a plethora of fossils as an unexpected byproduct. Every summer Grant and his assistants Elizabeth Hall and Susan Hewitson visit mining sites and collect thousands and thousands of Pleistocene specimens - mostly bison with intermittent woolly mammoths, horses, and the occasional lion tooth, remnant of a camel or a short-faced bear.

Dale Guthrie coined the term Mammoth Steppe, but Grant argues "Bison Steppe" would be more accurate.  Bison were late to the North American Pleistocene party but when they showed up, they competed with horses - causing horses to evolve smaller and smaller, from the great stilt-legged horse Haringtonhippus until they gradually went extinct in North America.

There is currently an initiative in Russia to recreate the Pleistocene Steppe ecosystem, known as Pleistocene Park, by bringing in grazing megafauna in hopes to kickstart the feedback loop and grow the grasses to sustain them.

In 2016, a gold miner noticed something strange while mining that turned out to be a mummified wolf pup! The pup was named Zhùr, meaning wolf, by the Tr'ondek Hwech'in people. Another well-known mummy is Blue Babe, a bison stained blue from vivianite, a common mineral found in permafrost specimens. If you're interested in an ice age mummy road trip, make your way to Fairbanks' Museum of the North by way of the  Beringia Interpretive Centre in Whitehorse.

You'll hear it here first if Grant finds a Wooly Rhino or more evidence of hyenas! And, yes, there really is mammoth skin for sale on eBay.