World renowned paleontologist Jack Horner discusses bringing paleontology to the masses as the scientific advisor on the Jurassic Park franchise and how dyslexia may have helped him make discoveries. 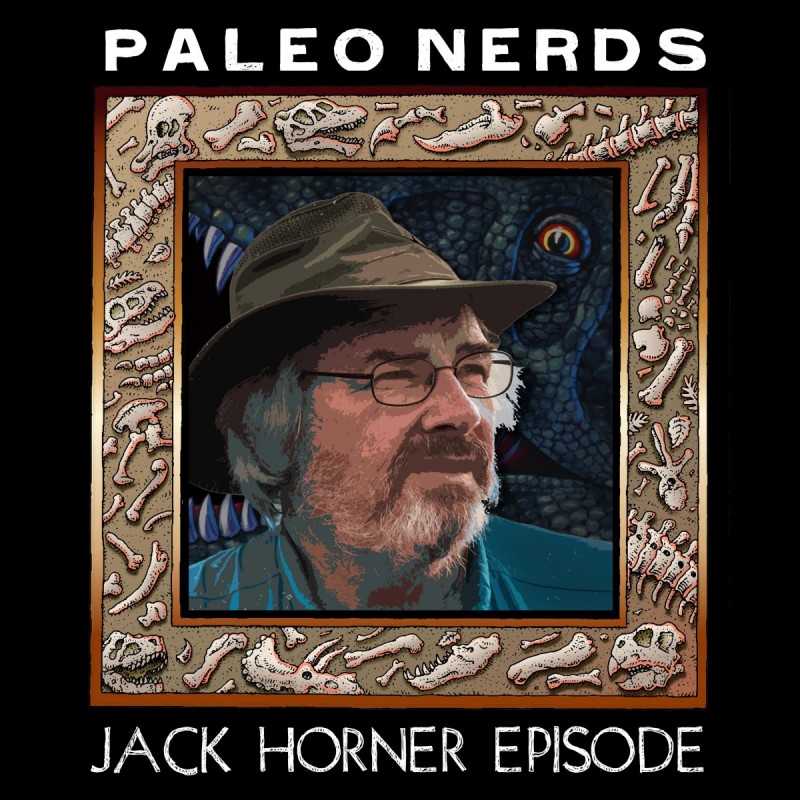 When he was five, Jack Horner's backyard was located in the Pierre Shale formation in Montana. There he discovered some prehistoric clams and, inpsired by Ed Colbert's Dinosaur books, he found his first dinosaur bone (a chunk of Hadrosaur, take note of that!) at age 8. By then there was no hope for Jack - he was a Paleo Nerd. Jack's career as a budding paleontologist really took off with a well received display at his high school science fair, despite a late-in-life diagnosis of dyslexia.

His highschool project comparing Montana's Two Medicine Formation and Canada's Dinosaur Park fossil beds got him into the University of Montana despite his poor grades. Although Jack's GPA never improved, his love for fossils grew and after a being drafted into the Marines and serving in Viet Nam, Jack landed a job at Princeton University prepping fossils.

Sometimes the best discoveries aren't made in the field, they're made in the collections of museums or in this case, a rock shop. While Jack was working at Princeton, he and his colleague made a stop on a trip to Montana to identify a specimen at a rock shop in Bynum. They unexpectedly stumbled upon a literal motherload of juvenile dinosaurs, nests and eggshells of Hadrosaurs (commonly known as Duck-Billed dinos), which he later named Maiasaura (or "good mother lizard") because of the evidence that this dino cared for its young.

From that first chunk of Hadrosaur, Jack has done a lot of work on these fascinating duck-billed creatures.  Throughout his career, he has made tremendous discoveries. He is no doubt one of the most widely respected paleontologists of our age, so it's no wonder he was asked to be the scientific advisor for the Jurassic Park franchise!

Jack's most recent project has been the "Chickenasaurus". Instead of attempting to extract DNA, Jack's team looks at dinosaur's closest relatives (birds) and has successfully brought back some ataviscous genes to bring back the teeth their dinosaur ancestors had long ago shed for beaks.

Paleo News:
Evidence of Humans in San Diego as early as 130,000 years ago