"You're a fish!"
Turns out that's not an insult, it's the truth! Professor John Long will explain why this is true AND discusses the origins of sex! And then he'll ride off on his motorcycle... 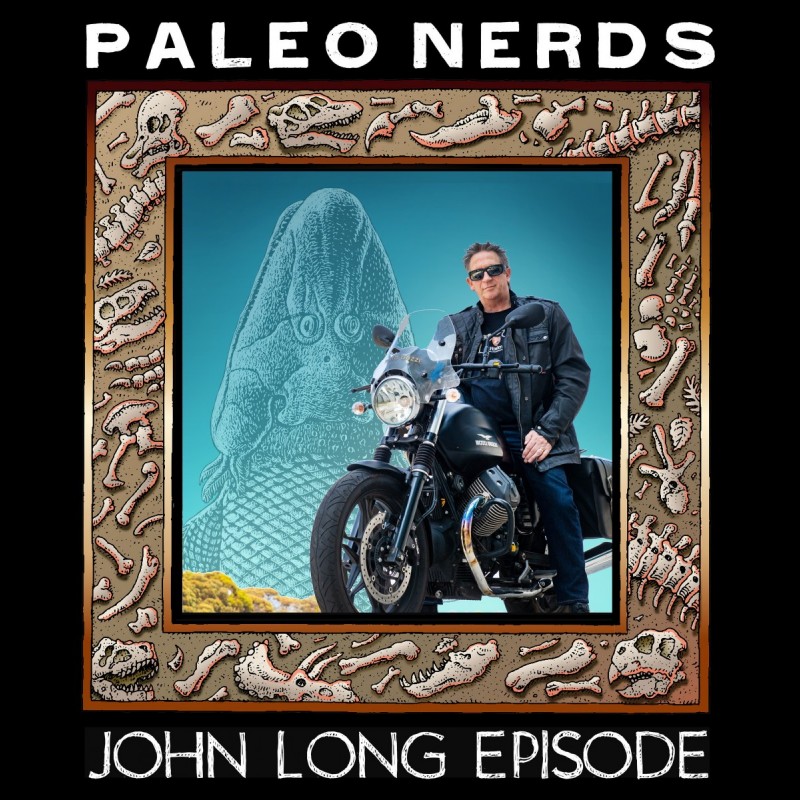 At the young age of 7, John Long stumbled upon a Devonian trilobite in a quarry outside of Melbourne, Australia. Learning that where he was standing had once been an ocean really blew his young mind.

That was only the beginning, and John soon found that within the fishes of the Devonian he could see the "roadmap to the human body plan" - Imbedded in ancient fish is the origin of all the anatomical systems that make us human: arms, legs, jaws, teeth, and behaviors like breathing and complex sexual reproduction. In other words: If you trace human evolution back far enough, we are all fish.

Over the past 30 years John's extensive collections of pristine specimens from the  Gogo Formation have allowed for more discoveries, including the origins of sexual reproduction. The specimen of Materpiscis (translates to "Mother Fish") held evidence of internal fertilization and hence the first fossil evidence of sex, and is outlined in his appropriately named book Dawn of the Deed.

John is the auther of nearly 30 books, including Children's books!

Here's the long list of fishes, people and places discussed in this week's episode:

The Island Within by Richard Nelson

Dawn of the Deed by John Long

Rise of the Fishes by John Long