The Nerds talk to Dr. Kirk Johnson, Sant Director of the Smithsonian National Museum of Natural History and long-time friend and collaborator of Ray's. 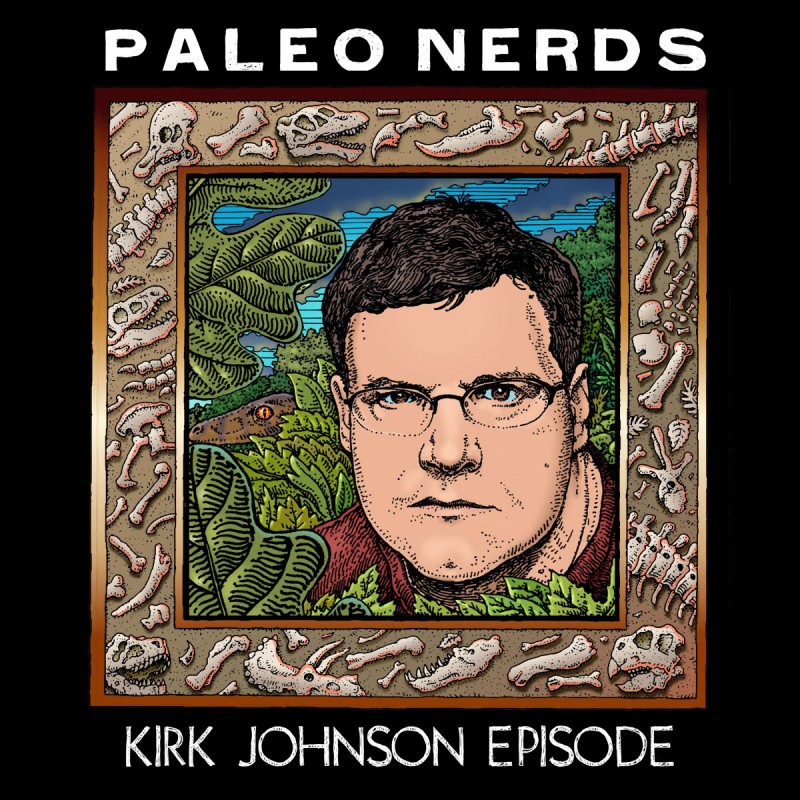 Sant Director of the Smithsonian National Museum of Natural History

Dr. Kirk Johnson didn't care about dinosaurs until he found one by stumbling upon a tricerotops at age 22.  His focus has always been leaves - he's a paleobotanist and also happens to be the Sant Director of the Smithsonian’s National Museum of Natural History, meaning he's the only guy who holds a skeleton key to the world's largest natural history collection. Although he's a "leaf doctor," he has a kean sense for detecting fossil-rich strata at a glance and his drive to collect leaf specimens has contributed to his long list of discoveries he's almost made. One of these includes a beautiful specimen of the ostrich-like dinosaur Ornithomimus.

Kirk and Ray have been long-time collaborators, writing two books together, because as Kirk puts it "Every paleontologist needs an artist and every artist needs a paleontologist." Kirk is the organizer behind the Amazon trips Dave and Ray mention throughout the season.

Kirk was instrumental in putting together the Smithsonian's recently unveiled Deep Time Hall and he's got big plans for the museum's future.

Kirk discusses the importance of the National Rex as it's being installed in the Deep Time exhibit hall.

Kirk has also extensively studied the Cretaceous–Paleogene (K–Pg) extinction event (KT Boundary) and Dave and Ray don't shy away from the opportunity to ask an expert about the catastrophic event that ended the Cretaceous and dinosaurs as we know them.