Dr. Leif Tapanila studies fossil invertebrates and clams, so why is he here to talk about Helicoprion (AKA the Buzz Saw Shark)? Turns out it's all Ray's fault. 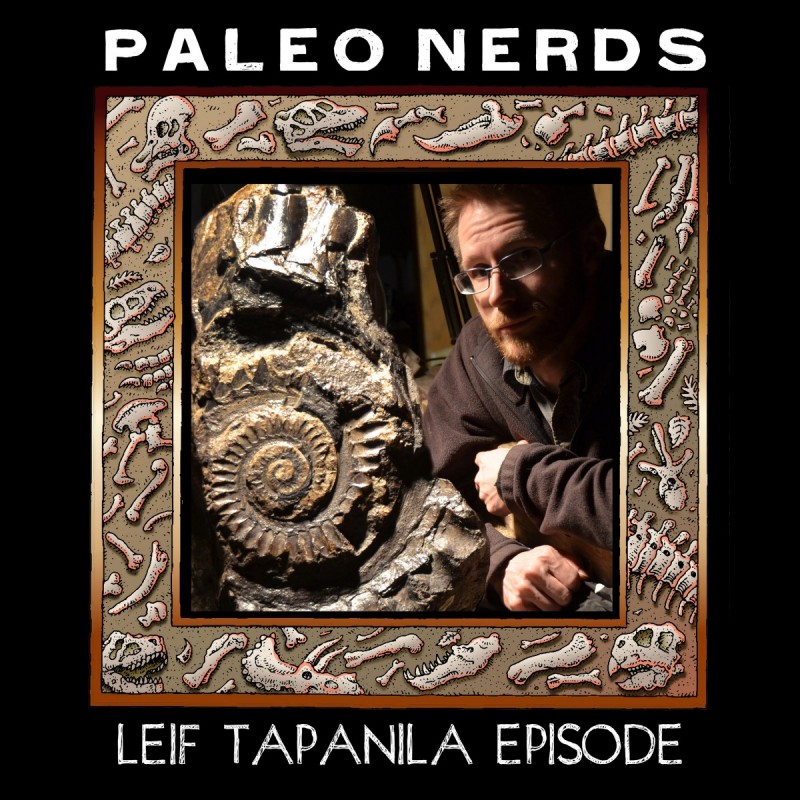 Director of the Idaho Museum of Natural History and Professor of Geoscience, Idaho State University

Leif Tapanila is an invertebrate biologist with a heavy background in geology, staying "here for the clams, not the dinosaur," despite stumbling upon a triceroptops skull on a dig. He grew up in the Geologic Meca of the Sudbury Basin, ground zero of an impact crater, and has studied invertebrates all over the world including Mali.

Leif is currently a professor in Pocatello, ID (AKA the Buzz Saw Shark Capitol of the World.) When Leif was working with his undergraduate student, Jesse Pruit, Jesse fell down the whorl-hole of Helicoprion AKA the Buzz Saw Shark. Because previous researchers were no longer living, Jesse and Leif turned to Ray, as he'd collected all the information he could find on this fascinating shark since he first saw it's fossil jaw.

Until Leif and Jesse's research, it was still relatively uncertain how Helicoprion's magnificent jaw truly functioned. Through high-powered CT scans, they were able to determine how cartilidge attached and thus how Helicoprion chomped it's prey.

Here's a model of Helicoprion's jaw in action, from Ray's 2013 collaborative exhibit with the Idaho Museum of Natural History, "The Buzz Saw Sharks of Long Ago."

Check out another bizarre shark: Edestus AKA the "Scissor-Tooth Shark."

Moeritherium AKA what Ray looks like without his coffee.

Take a tour of fossil specimens at the Idaho Virtual Museum!

Apologies for the bear puns you had to suffer through, but here's the bear family tree.