Luis Chiappe is as famous for his barbecues as he is for his knowledge of prehistoric birds. Luis' discoveries include an incredible sauropod nesting site and is currently the Senior Vice President of the Natural History Museum of LA. 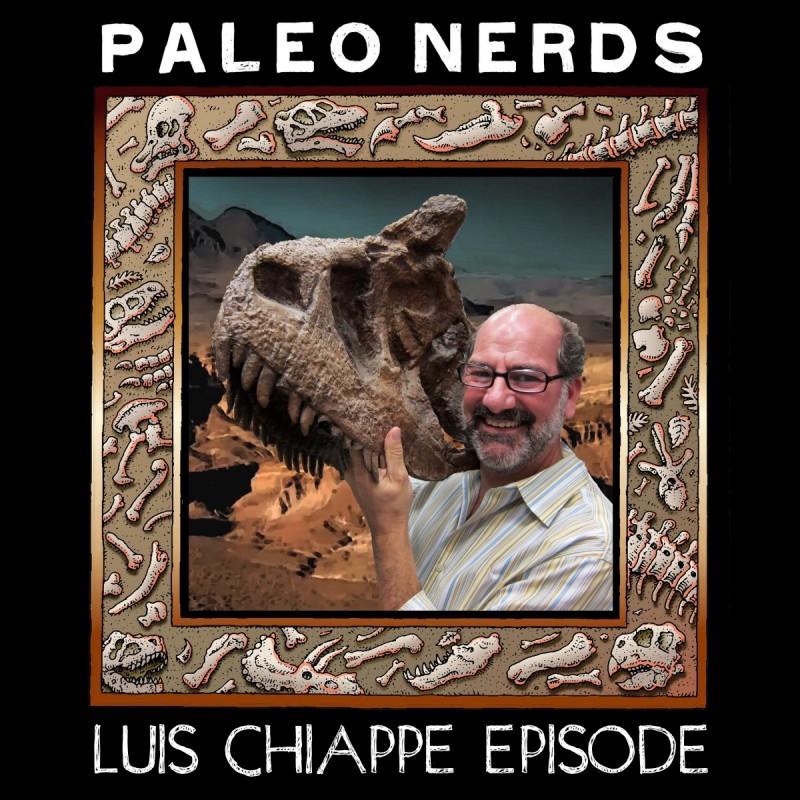 Growing up in Buenos Aires, Argentina, Luis escaped to the natural world on fishing and hunting trips with his grandfather.  His fascination with nature was sparked, and he would have become a marine biologist if it wasn't for his fear of the ocean (thanks to Jaws!).  During college, he accompanied a friend on a fossil collection trip and has been a Paleo Nerd ever since.  Luis left Argentina after university and did his post-doc at the American Museum of Natural History in New York.  There, he followed in the footsteps of Roy Chapman Andrews, traveling to the Gobi Desert for the first time since the 1920s.

Luis' work focuses on bird evolution (Episode #9's Jingmai O'Connor was a former student and is now a close collaborator). Cladograms (bird family trees) are still evolving as we discover more species, but because there's no DNA to fill in the gaps, Lagerstätten like the Jehol Biota and Auca Mahuevo are essential to piecing together just how birds evolved from dinosaurs.

Luis was looking for Cretaceous birds and ended up discovering Auca Mahuevo (Mas huevos = many eggs, a play on the nearby mountain Auca Mahuida), a site where sauropod eggshells litter the ground for miles and miles.  The site contains the story of a sauropod nesting ground in a floodplain, where an entire generation of sauropods drowned in their nests.  These were also the first-known sauropod eggs, clarifying that they did lay eggs.  There were also multiple layers of nests indicating that sauropods have site-fidelity, meaning they return to the site to nest (like the salmon Ray watches return to their home stream to spawn) for thousands of years.

The site also contained a predator, Aucasaurus, presumably staying near to devour the baby Sauropods.  The specimens found at Auca Mahuevo reside at the Museo Carmen Funes in Argentina.

Luis curated the Natural History Museum of Los Angeles County's new Dino Hall, taking a different approach than the chronological storytelling of previous museums. After a moment at a cocktail party in the Hamptons, Luis sought to create an exhibit where adults were equally engaged as children. The exhibit is question-driven, like the nature of science.  Luis doesn't hide the fact that some questions are left unanswered, in hopes to inspire viewers to seek the answers and get involved in science.  The exhibit is truly for everyone of all ages.

Support your local museums in any way you can!