The Nerds return to the La Brea tar pits, this time to talk carnivores with Mairin Balisi! She studies what the dogs of the tar pits ate throughout their life and discusses dog evolution. 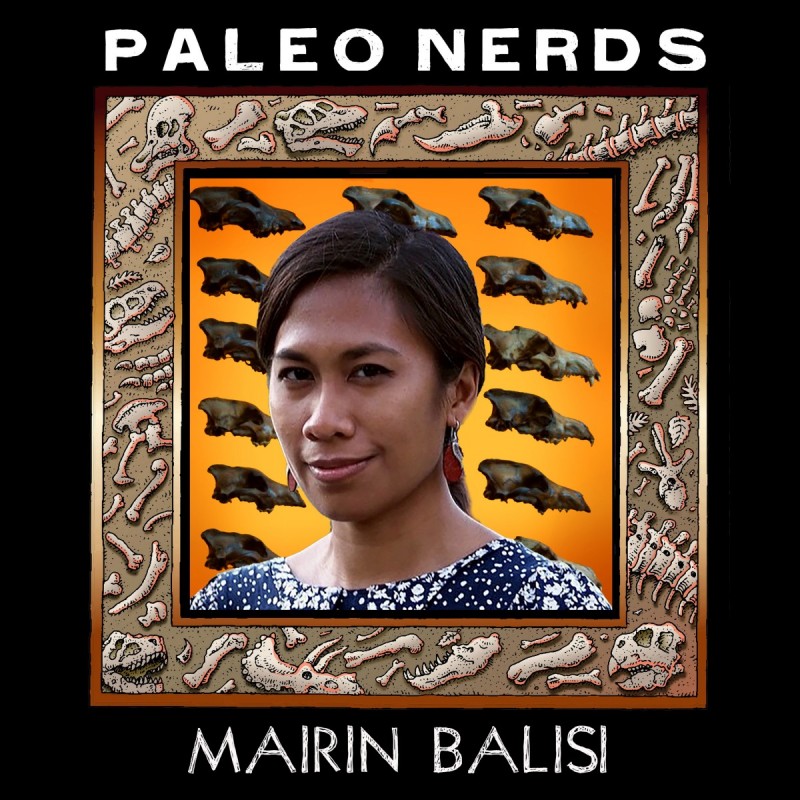 Mairin grew up in the Philippines, living in Manila until she was 13. Her family is from Cagayan up north and home to Callao Cave, part of a large limestone cave system. Although the Philippines are a wonderland of biodiversity, Mairin's interest in the natural world developed as she flipped through copies of National Geographic that her grandpa sent from America.

Years later at Berkeley, Mairin's professor Tony Barnosky sent her class to the Campanile, a campus belltower that stores the college's collection of bones from the La Brea tar pits (unbeknownst to the general public!). Thus her interest in paleontology was sparked and she added Biology to her Comparative Literature degree and continued with Biology in grad school. You could say she really got stuck in the tar pits and was particularly "bit" by the carnivores like dire wolves. She wanted to know why so many large carnivores were represented in the collections from the tar pits, contrary to the modern scarcity of large carnivores in present-day California.

Mairin uses isotopes to read the biogeochemical signals left in the bones of carnivores to determine what they were eating. She compares the La Brea Tar Pits to other asphaltic sites like the McKittrick and Maricopa tar pits.

Within the family Canidae, there are 3 subfamilies of dog: Hesperocyoninae, Borophaginae, and Caninae, the earliest of which is Hesperocyon gregarius appearing ~40 million years ago with bone-crushing Borophaginae following close behind (Listen to Amy Atwater's episode to learn more about 'em!). Epicyon is the most massive representative of the bone-crushers. Cats and dogs were once close cousins, but that split was 42 million years ago.

Dogs did, in fact, originate in North America and the Caninae we know today emerged through the process of domestication, but the evolution of your pet dog is likely the result of many different domestications of populations around the globe. There has been a domestic dog found at La Brea and this specimen contains a beautifully intact cribriform plate which means someday Mairin might be able to determine its sense of smell. Domestic dogs, wolves, coyotes and foxes are only distantly related to the prehistoric dogs that Mairin studies.

Of the 4,000+ dire wolf specimens the museum has, 400 are displayed on the Dire Wolf Wall. Dire wolves were recently reclassified from Canis dirus to Aenocyon dirus thanks to genetics.