Episode #12 Life Finds a Way... and Then Medea Kills It with Peter Ward

The Nerds sit down with one of life's great thinkers, Peter Ward. He currently studies Mass Extinctions but nautiloids and ammonites are an ongoing passion. 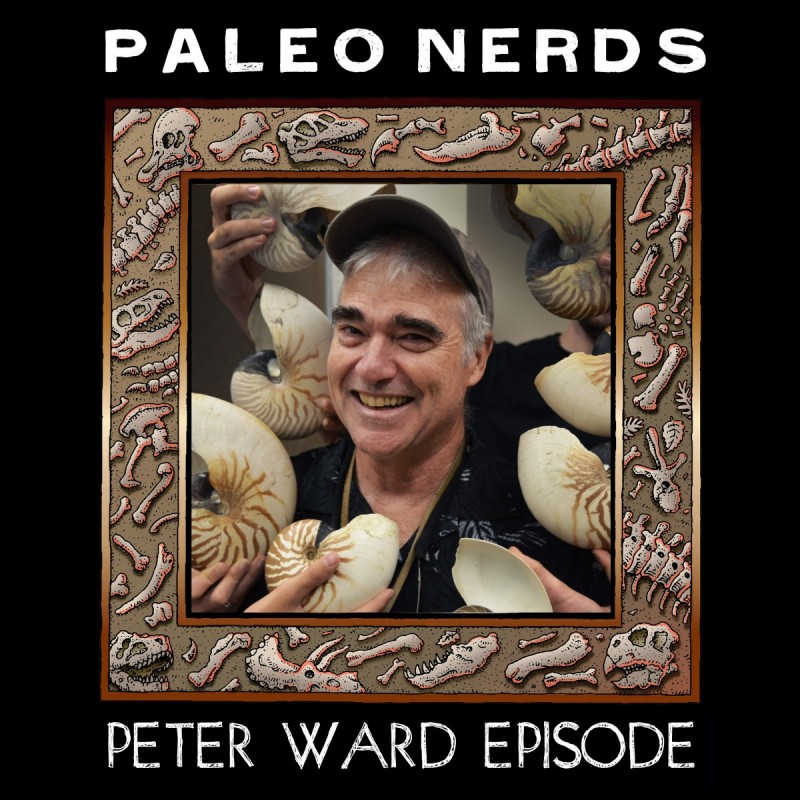 Professor at the University of Washington

Growing up in the Pacific Northwest in and around Seattle, WA, Peter and his brother stumbled upon an outcropping of Miocene fossils in Seward Park - a very rare find in Seattle.  They took their finding to V. Standish Mallory at the Burke Museum, not knowing at the time that Peter would later return to the University of Washington to study with Mallory and eventally take his job.

Peter's long career began with ammonites and nautiloids - the shelled squid relatives of the past and present. While ammonites were more complex bags of goo than their nautilus cousins, they didn't survive the Cretaceous extinction so scientists like Peter piece together evidence from the fossil record and their living ancestors to infer their behavior.  The protypic shape of an Ammonite is spiraled, but towards the end of their "career" they were under immense competition with fish and began experimenting with shell shape - bending and unwinding into trombone-like shapes.  Some, like Baculites, used their shell shape to escape from prey.

In 1984 a tragic event changed his life and his research, shifted from ammonites and nautilus to Dr. Of Death, studying mass extinctions. He's a prolific author and a great thinker who ponders how life evolves and adapts to constant challenges. His Anti-Gaia Medea Hypothesis proposes that life is "biocidal" or working against itself, but it's not as depressing as it sounds. Pick up Peter's book to learn more.

Here's just a few of Peter's books mentioned on the show: On Methusela's Trail, A New History of Life, Rare Earth, Time Machines,

Roy Chapman Andrews All About Dinosaurs