Episode #31 The Tantalizing Truth about Trilobites with Sam Gon III 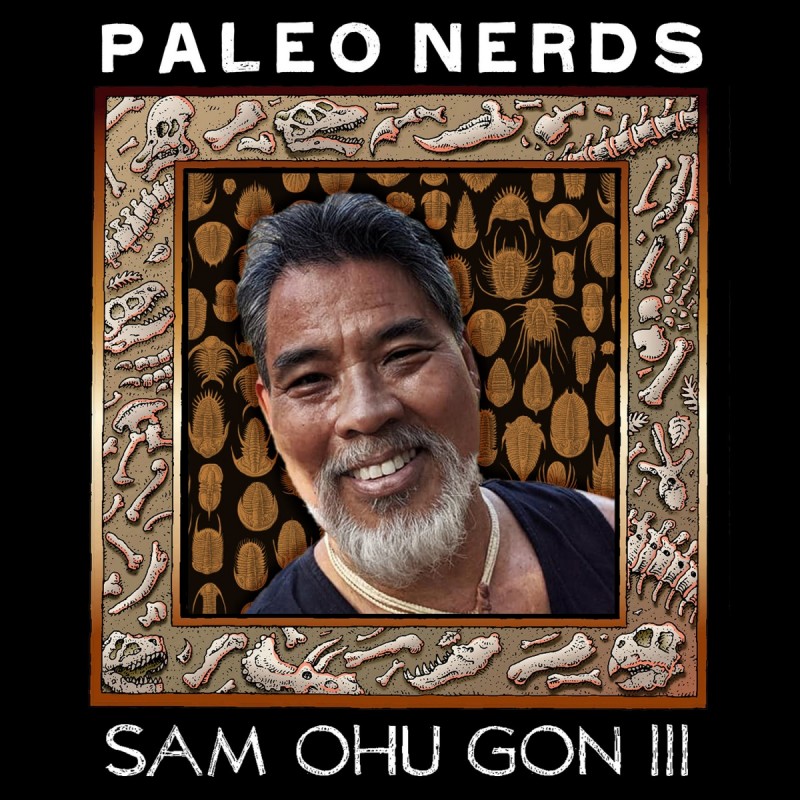 Senior Scientist & Cultural Advisor at The Nature Conservancy of Hawaiʻi

Back in the early days of the internet, Ray booted up his modem and Asked Jeeves about trilobites. This was before the ease of Wikipedia, but luckily Sam Gon had taken it upon himself to create the equivalent library of trilobites at www.trilobites.info. Sam developed this vast database when he was looking through the Trilobite "Bible" - Treatise of Invertebrate Paleontology. The "Bible" identified 8 orders of trilobites, each containing massive diversity. Sam then illustrated trilobites digitally and used HTML to link his images to their corresponding order to help him better understand trilobite diversity. Sam's glossary allowed him to compare characteristics and identify their order.  In 1999, there were only 8 orders of trilobites, but now, with the help of Sam's website, he's assisted in expanding the orders to 12.

Sam's fascination with trilobites was sparked when he read Time Life's The Wonders of Life on Earth and was reinvigorated during his graduate studies at UC Davis. So why is an ecologist so drawn to trilobites? Well, they are the most diverse macrofaunal fossil on Earth with over 30,000 described trilobites in the scientific universe. Trilobites represent the first global explosion of biological diversity.

Trilobites lived for 291 million years on Earth, with the trilobite heyday in the Cambrian and Ordovician where they occupied several niches from benthic bottom feeders, swimming predators (and even began crawling their way towards freshwater!) But by the time of the KT extinction event, trilobites were down to only 2 families.

The modern equivalent of trilobites is unsurprisingly the horseshoe crab, but they are also equally related to spiders, as they occupy the same phyletic group Arachnomorpha at the root of modern Arachnids. This relationship is less apparent, but if you look at all of the experimental body forms of the Cambrian explosion, you can easily see where Chelicerates (like modern scorpions) got their start.

Trilobites range in size from 1mm to the massive Isotelus Rex. There isn't apparent dimorphism between males and females and it's likely that trilobites mated "butt to butt" like most arthropods and brooded their eggs on the front of their head, laying them when they molt just like Daphnia. Sam has the largest collection of trilobites in the state of Hawaii and he once entertained the preeminent trilobite paleontologist, Dr. Richard Fortey, for three hours, just going through his collection! Don't be fooled by the trilobite wannabes out there, and follow Sam's tips to make sure you don't end up buying a resin imposter on eBay.

Sam's friend stumbled upon an exhibit of Sam's in a small town in Portugal.

Although Sam's passion is trilobites, his day job is as a Conservation Ecologist.  Sam grew up in Hawaii, a geologically young land with very few (but still fascinating!) fossils of coral, leaf impressions and lava tree molds.

Sam did his Ph.D. on the Hawaiian Happy Face Spider, an endemic spider that was the poster child for Hawaiian conservation, yet little was known about their biology.  While its geology doesn't have a fossil record, Hawaii's tall mountains and proximity to the Tropic/Subtropic Zone means there are 28 distinct Holdridge Life Zones (!!!) making it a literal microcosm of the Earth packed into one archipelago. So, Sam logically deduces, if you can find a way to live sustainably on the islands of Hawaii, you have a model for living sustainably anywhere on the planet. Sam notes that Pre-Contact Hawaiians respected the land around them as an ancestor, allowing them to truly live with the land and be 100% self-sufficient.  Today, humans take up much more of the land and are significantly dependant on imported food and goods. Read Sam's essay A Hawaiian Renaissance that could Save the World where he recounts his journey on Hōkūle‘a (Hawaiian for Arcturus, a guiding zenith star for seafarers), the traditionally constructed Hawaiian canoe that circumnavigated the globe, and notes how we can all look to his ancestors as a prime example of sustainable living.

Paleo News: Ray traveled around his home island Revillagigedo, the 13th largest island in the US. Dave and Ray discuss the colonial history of both Southeast Alaska and New Zealand. Text this number to find out whose land you're on and learn about the Treaty of Waitangi.

Ray loves trilobites so much he wrote a song about them!