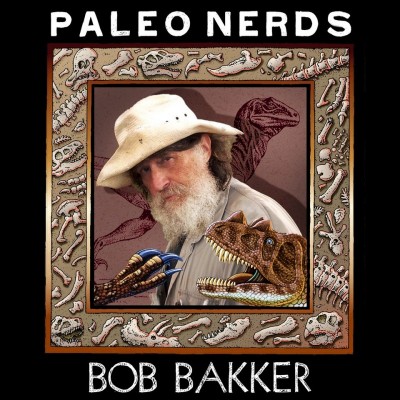 T.rex is the number 1 favorite dino species worldwide -  from Alabama to Zimbabwe.  Really really, the echo Shrek.   I’ve done kids’ programs in both paces, and when I ask “Who’s yer favorite fossil?”  The roar comes back:

What’s not to like?? T. rex is huge!! Ten to twenty times heavier than a giant lion, tiger or grizzly bear.  Some other carnivorous dinos have longer heads.  An adult rex head goes to over 1500 mm, snout tip to ear (That's over 5 feet. For comparison, Spinosaurus heads grew at least twenty percent longer.  But no one has a stronger bite than a rex.  The rex jaw muscles are twice as powerful as a Spinosaurus.  Don’t believe that scene in Jurassic Park where a Spinosaurus reaches around and cracks a rex’s neck.  Can’t happen.  Rex neck's are built with super thick vertebrae and immense muscles for pulling the neck up and down and sideways.

Someone at Universal Pictures paid that rex to take a dive...

DINOSAUR BALLISTICS: Rexes shed their teeth all through life.  New crowns grew up through the tooth sockets as the old crowns were pushed out.  The tooth root gets dissolved by socket chemicals so the shed tooth is rootless and usually worn or split at the tip. Shed teeth are like bullets at a crime scene - the crowns tell who was eating where.  Well....what Did rex eat????

We find rex bullets with Triceratops bones, armored ankylosaurians, and duck-bill carcasses. And occasionally with bones from other rexes.  Evidence of rexian cannibalism.

BABY REXES KILLED IN GANGS?:  There’s a wrinkle in the shed tooth scenario. If you come with me on a Morrison Natural History Dino Dig to the latest Cretaceous of Wyoming, you’ll probably see a rex bullet near the skeleton of an armor-plated herbivorous nodosaur.  Rex crowns are thick and blunt - definitely not “sharp tooth”.  Useful shape for crushing prey bones, hyena style.  You’ll probably see a second kind of predator tooth, too.  A Nano. Totally different shape bullet. Narrow side to side; wide front to back; very sharp along the edge.  We named this beast Nanotyrannus - “Pygmy Tyrant”. Nano bullets are more common than blunt T. rex bullets, and Nanos  seem to have hunted in packs. The Indianapolis Kids’ Museum has a big Triceratops that was buried surrounded by about forty shed Nano bullets of different sizes.  No big rexian bullets at all.  So a bunch of Nanos,  maybe brothers and sisters, fed together on one prey carcass. Was Mom or Dad nearby?  Dunno.  No shed adult rexian crowns at this site.

DINO CHEETAH: Nanotyrannus was a smallish by dinosaur standards, half ton (Polar Bear size), light-footed, long in the ankle, a fast running species.Skulls mostly about 700mm long, half an adult rex.

Or..............just maybe..... a new theory says all Nanos were juvenile rexes. Gatorss today change tooth shape as they grow up.  The  crowns get thicker and plumper for crushing turtle shells and cow bones. Occasional unwary tourist. Therefore, the nano chompers could’ve metamorphosed as the critters matured.

NEW NANO SPECIMENS  IN PUBLIC EXHIBIT: Ten years ago we had only two or three Nano partial skeletons. Now we have eight or ten from many sites.  For example, the Seventh Day Adventist museum in Waco, Texas, has a lovely specimen. Though these fellows are Bible-believing Creationists,  they dig with great care and load every bone and tooth carefully into a 3D computerized grid. Very nifty.

Do visit the Nano in the Waco lab.  It’s right next to the fabulous three-story Waco Museum of Dr. Pepper History. We drink lots of Dr. Pepper in the field - tastes like prunes so it keeps you regular in the Badlands.

It not just size, leggedness and un-blunt-teeth that make a Nano look so different.  Pete Larson of the Black Hills Institute in Hill City, South Dakota has put together the best Nano exhibit ever.  Museum cases compare rex to Nano in a dozen key aspects of anatomy.  Nanos have  distinct arrangements of front nipping teeth, perhaps for grooming feathers. And nano skulls have different holes for air tubes in its skull  (birds today have their own pneumatic plumbing).

COURTSHIP MASSAGES AND ARM WRESTLING: The Black Hills exhibit is most spectacular in the differences in front limbs.  T. rex is famous for it' tiny, thin, and short forearms.  The claws are wussy compared to the body bulk. What did the mighty beast do with its embarrassing mitts? Professor Osborn of the New York museum, who named T. rex, suggested the arms were for rexian love.  A would-be Patriarch might gently massage his intended Matriarch to persuade her that together they could raise rexian kids with good genes.

Nanos are totally different.  They had Mega-Mitts.  For their body size, they have thick forearms, massive fingers, and especially strong thumbs. Thumb claws have a wickedly hooked point, eagle-like for grabbing prey and holding on.  Rex claws are not only smaller, they are hook-less.

The Black Hills exhibit is stunning. It's not just that Nano arms are relatively big for its head and body.  They’re absolutely bigger.  In an arm-wrestling match, the rexwouldn’t have a chance.

COULD NANOS GROW UP TO BE REXES?I don’t know any extant species of bird or crocodilian, lizard or mammal that goes through such a transformation.

There are lingering puzzles. Fully adult rexes have microscopic bone texture that show they’ve stopped growing.  Most Nano bones lack such stop-growth marks. So these specimens could have gotten larger -- at least a bit. Would they have ended up shaped like a rex?  Nope.  They’d end growing into leggy, sharp toothed, mega-mitts Nanotyrannus who are  just moderately oversized.

Back to Bob's Episode