Episode #25 Slothful Titans of the Tar Pits with Emily Lindsey

Emily Lindsey is a paleoecologist who's been fascinated with giant ground sloths since the beginning of her career. She is now a curator and excavation director at the La Brea Tar Pits in LA! 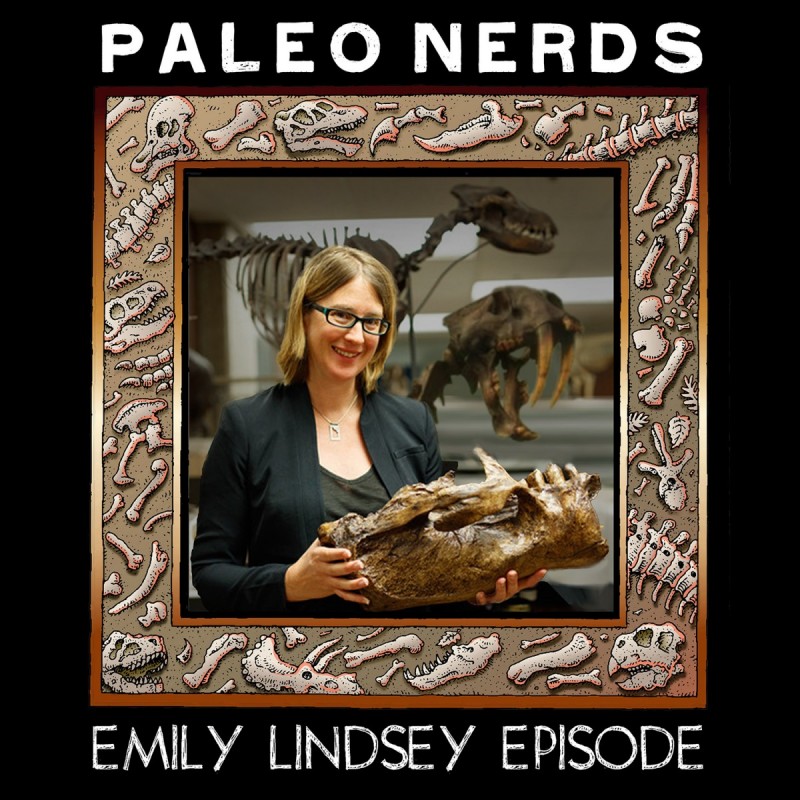 Emily fought becoming a Paleo Nerd but eventually, she gave in.  She thought paleontology was restricted to naming new dinosaurs and focused on modern ecology instead but kept sneaking off to archeology digs. On one of these digs in a Patagonian cave, 10 human skeletons were found along with extinct large mammals including the fascinating large ground sloths. Who knew ground sloth dermal ossicles could change someone's life!  When Emily realized the modern ecology theories she'd been studying could be applied to the past, she was hooked on paleontology and began her love affair with ground sloths and Pleistocene ecology. In grad school, Emily's fieldwork brought her to Ecuador where she began work on the Santa Elena Tar Pits which got her connected to the La Brea Tar Pits.

At the Tar Pits, Emily is most interested in asking "What did La Brea look like at the beginning of the Holocene, after the huge extinction event at the end of the Rancholabrean Land Mammal Age?" Emily has been working on this question with Episode 22's Regan Dunn. Some of the stars of the Los Angeles' La Brea Tar Pit include Zed the mammoth (discovered during the construction of LA's new art museum), but Emily's stuck with giant ground sloths throughout her paleo career.

Giant ground sloths are very different than their modern counterparts, some genera like Megatherium and Eremotherium could grow as big as African elephants!  Although we're down to two modern genera, there were many different genera in the past, partially due to South America being isolated for 60 million years.  Sloths are unique to North America, and Megalonyx was even described by Thomas Jefferson! The recent discovery of cave paintings depicting ground sloths gives a little more credibility that the Brazilian mythical monster, Mapinguari is a possible cultural memory of human's coexistence with ground sloths.

Sloths are so cool, members of the Smithsonian even formed The Megatherium Club, a gentlemen's club for the armchair scientists of the 1800s.

Some of Emily's work has helped refine NALMAs or North American Land Mammal Ages, a form of biostratigraphy that uses the actual fossils that you find at particular sites to define the age of the site.  Each age is named for the type locality (the first place it's defined). At the Tar Pits, Emily works in the Rancholabrean Land Mammal Age which ends at 11,000 years ago, and Emily's team defined two new Land Mammal Ages within the Holocene: the Santa Rosean (defined by the first radiocarbon-dated human remains) and the Santa Augustinean.

Ray educates Dave on the history of horses the Americas.