Take a moment for a quick survey!

Regan Dunn is a paleobotanist who's work has taken her all over the world and has landed her in the hottest paleontology site in Hollywood - the La Brea Tar Pits. Learn how she uses the microscopic remains of plants to reconstruct entire ecosystems! 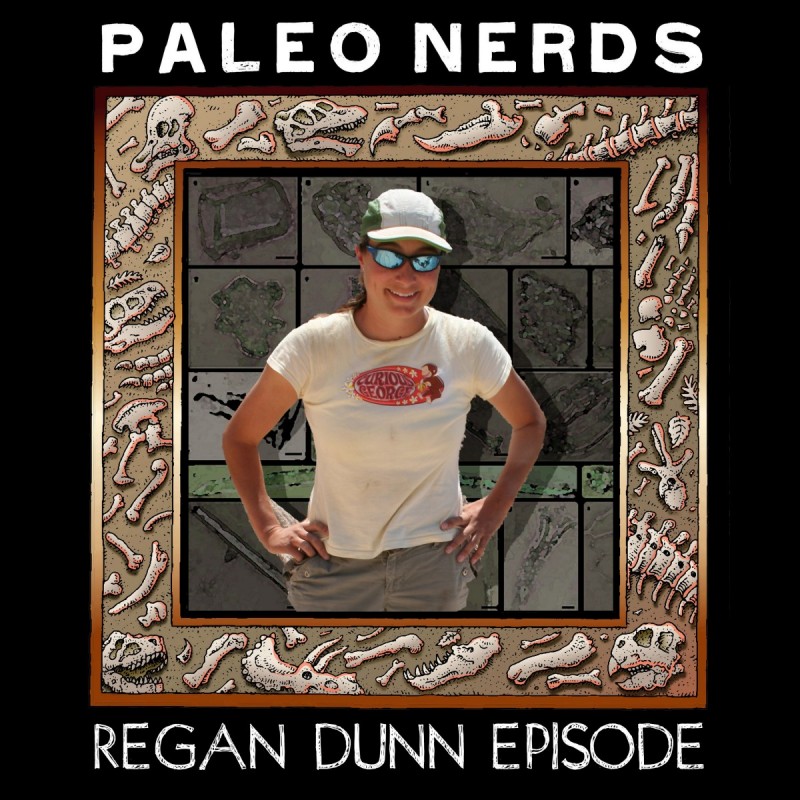 Regan's office is Dave's childhood museum, the La Brea Tar Pits George C. Page Museum.  Her journey into paleontology is unique: She worked on the Hudson Meng Paleo Indian Bison Bone Beds as an undergrad studying Anthropology. Regan's father is a dentist in Denver who happens to have many of the Denver Museum of Nature and Science's paleontologists as clients.  Concerned that his daughter wasn't fulfilling her destiny splitting time between the Colorado ski slopes and rafting, he brought Regan to hear Kirk Johnson speak.

Kirk's talk was on the Castle Rock Rainforest, an incredibly diverse Paleocene leaf site right off the highway Regan passed daily growing up in Colorado.  Kirk's talk compared the Castle Rock flora with the modern diversity of the Amazon rainforest (where he's traveled with Dave and Ray) and Regan was hooked from there.

Paleobotanists like Regan and Kirk do amazing work reconstructing prehistoric flora. Specifically, Regan works to reconstruct the vegetation of paleo sites using phytoliths and leaf cuticles AKA very small fragments of paleo plants left behind in the soil.  Using a handful of soil, Regan can tell if she's looking at a forest or a sparse grassland. Regan learned the ins-and-outs of phytoliths with Caroline Stromberg at the University of Washington.

How much folliage there is determines everything - the amount of photosynthesis, the habitat for bugs and mammals, etc.  Regan has brought her expertise to the Tar Pits, to help complete the picture left behind between the specimens of dire wolves, short-faced bears and other more well-known mega-fauna.