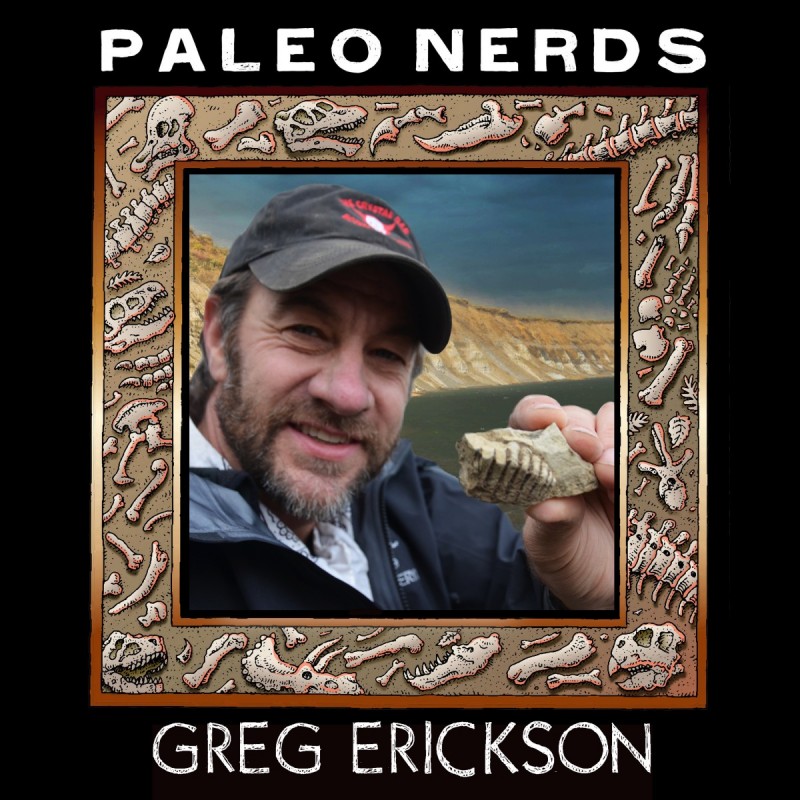 Greg is certainly a Paleo Nerd, although prehistoric creatures are only one of his many areas of expertise. His father was the Regional Director of Fish and Wildlife, specializing in bears, so growing up in Anchorage, Greg’s family had a baby polar bear as a pet (yes, you read that right!). Greg studied with John Rensberger at the University of Washington, was Jack Horner's grad student at the Montana State University, studied Integrative Biology at Berkeley and did his postdoc research in Bioengineering at Stanford. Each of these unique experiences and varying fields of study come into play in Greg's current research.

While working with Jack, Greg had the exceptional opportunity to age Sue, the infamous T. rex specimen, using growth rings from the pubis, ribs and fibula and comparing them to extant alligators with known ages. Jack's fascination with hadrosaurs also rubbed off on Greg as well, specifically their teeth.

In the 1960s, prospectors searching for oil discovered what they thought were mammoth bones near Alaska's Colville River, however, they were off by a few million years and had actually discovered a rich deposit of dinosaur bones now known as the Liscomb bone bed. Although the climate was very different in terms of temperature, it was at a similar latitude during the Cretaceous when dinosaurs roamed, meaning these creatures lived in an environment with extreme fluctuations in daylight.

Greg works closely with former guest of the show Pat Druckenmiller and their team recently discovered evidence of baby dinos, indicating that these creatures did have established populations in the challenging northern environment. Although somewhat contested in the scientific community, Greg has seen enough specimens that support his theory that these harsh conditions caused enough physiological changes to differentiate Ugrunaaluk kuukpikensis as a separate species from its cousin Edmontosaurus regalis as the two were very different in size.

Thanks to funding by National Geographic, Greg was able to estimate the bite force of the massive "SuperCroc" Sarcosuchus by testing the bite forces of extant crocodiles and scaling it up to the massive beast.