Episode #20 How to Kill a Dinosaur with Holly Woodward

Paleontologist Holly Woodward reads the microscopic stories left behind in dinosaur bones to tell characteristics like their age, sex, and general health. She's even used histology to "kill" a dinosaur! 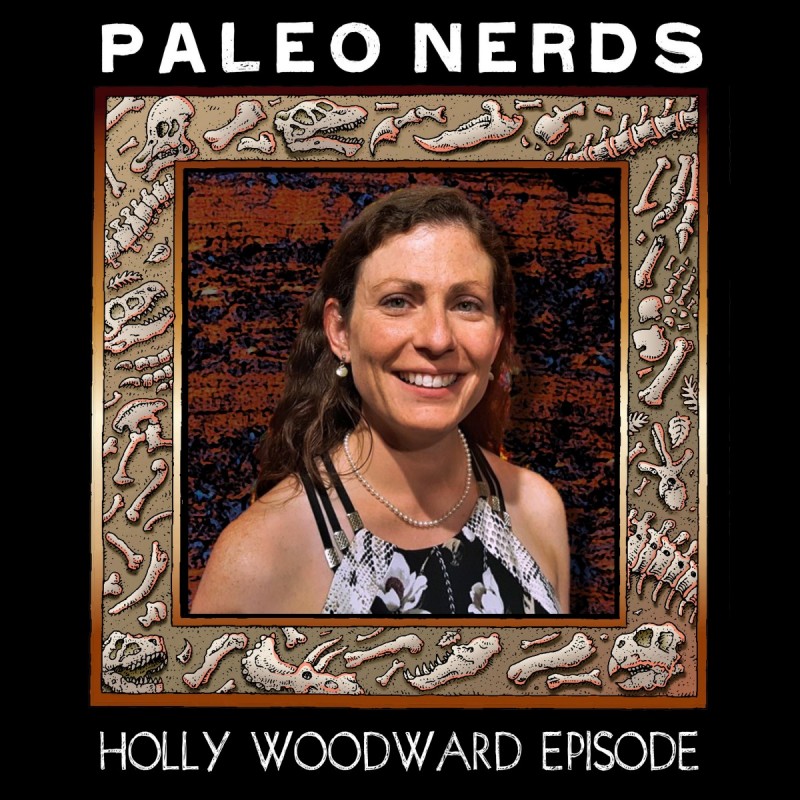 Holly got her start as a paleo nerd digging for fossils with a spoon at age 2 and doodling dinos during church.  By the time the Jurassic Park movies came out, she was a full blown Paleo Nerd, on track to study paleontology.

Holly uses bone histology (the microscopic structure of bone tissues) to see an animal's life story. Basically, she can look at a leg bone under a microscope and tell how fast an animal is growing from which she can infer the age and health of an individual.  This is how she helped kill Nanotyrannus - by proving that the small tyrannosaur was actually a juvenile T. rex. She used a famous fossil - a skull found perched atop a hoodoo in Montana's Hell Creek Formation, currently housed at the Cleveland Museum of Natural History.

Holly worked with at the Museums Victoria in Melbourne, Australia to work on polar dinos.  There she was able to piece together the entire life of a tragic Hypsilophodontid through it's anomilous tibia bone.