Episode #21 Out of the Ooze, Evolved to Cruise with Neil Shubin

The Nerds get to talk Tiktaalik with esteemed evolutionary biologist and author Neil Shubin. Neil uses molecular biology and gene expression to fill in the gaps left in the fossil record. 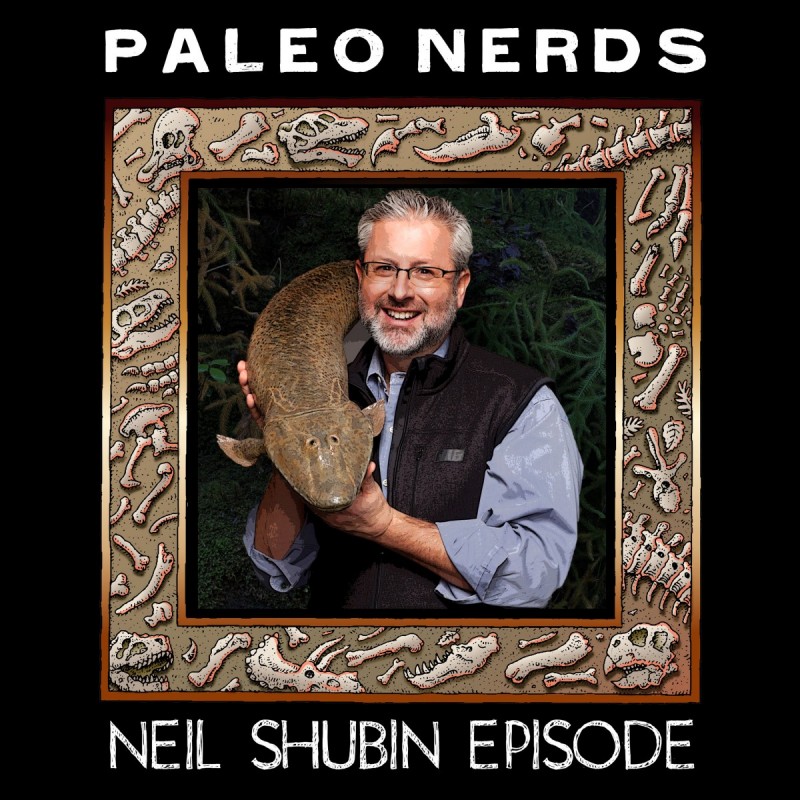 Professor at the University of Chicago

Provost of the Field Museum of Natural History

Inspired by National Geographic documentaries, Neil was always interested in digging into the past but didn't get bitten by the dino bug until college. Although the Philadelphia are (where Neil grew up) is not a fossil hot-spot, it is home to the Academy of Natural Sciences  (The oldest natural history museum in America!).  Childhood trips to the museum inspired him to persue a career in science.

Teaching at the University of Pennsylvania, Neil was Ted Daeschler's graduate professor.  The two began their collaboration when Ted bagan work on Devonian-age rock close to the Philadelphia area.  Using old field notes from surveyor's past, they uncovered a lobefin fish goldmine at Red Hill, including the iconic shoulder bone of Hynerpeton featured in Neil's PBS documentary Your Inner Fish.

Neil ended up in Ellesmere Island, in the middle of the Canadian Arctic, when he and Ted began their quest for a flatheaded fish with limbs in the Devonian era. Although it was the perfect age, the area had been overlooked by paleontologists, as it had only been described in oil and gas literature.  Over the course of 6 years and 4 trips, Neil found that "missing link" he'd been dreaming of since he was a kid - it just turned out to be a lobefinned fish (since known as Tiktaalik) instead of a homonid.

Neil's work fills in the gaps left by the fossil record with molecular biology, studying how the genes behind the traits used for walking developed over time. The fossil record includes the traits that animals use to walk on land and notes that all of the traits needed to live on land where developed in creatures long before they left the water.  Creatures were actually walking on the ocean floor. So the shift from water to land was the result of Devonian lobefin fish using the tools they had evolved over time in a new way - to leave the water to walk on land.

When Neil moved to Chicago, he was able to build a lab perfectly suited to this unique combination of paleontology and molecular biology.

Test your scientific literacy: The Future of the Fossil Record Are you more literate than Ray and Dave?

Paleo News: Ray's gallery in Ketchikan was nearly washed away!