Episode #48 The Ends of the World with Peter Brannen

Author Peter Brannen just happened to be driving through Kansas so Ray flagged him down to ask him about The Ends of the World, his recent book on mass extinctions, a fitting end to Season 3 of Paleo Nerds! 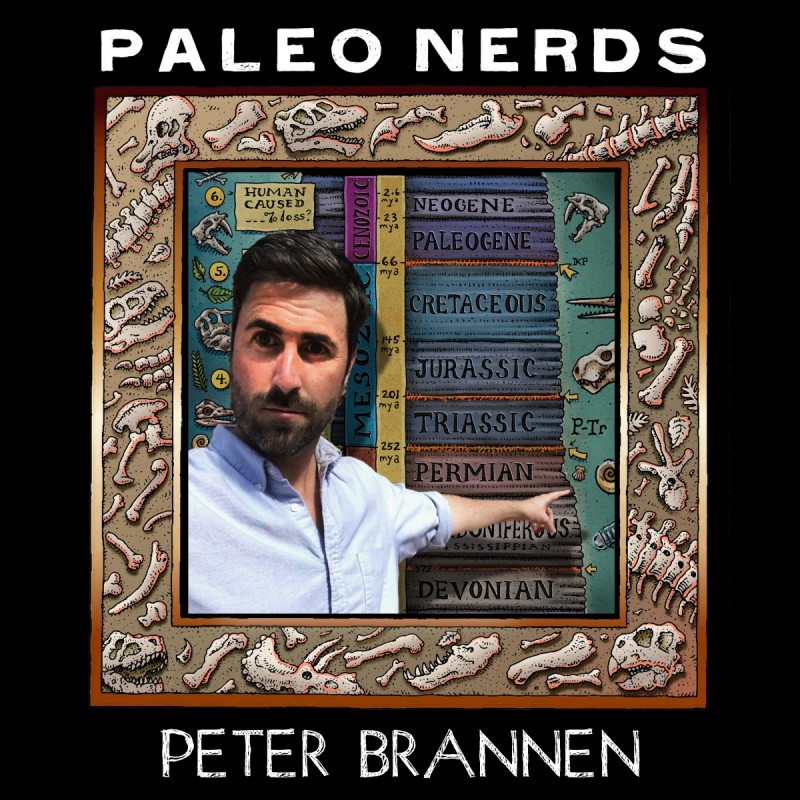 Peter grew up nerding out Jurassic Park and Walter Alverez’s T.rex stories. He got older and his dino-fixation faded some. He came up as a science journalist in New England where he focused on oceans. In his 20s, as part of a fellowship at Woods Hole Oceanographic Institution, he was introduced to a study about PETM event research in deep-sea sediment.

Peter’s book The Ends of the World: Volcanic Apocalypses, Lethal Oceans, and Our Quest to Understand Earth's Past Mass Extinctions looks at the big five extinction events and how they give us clues about what future extinctions might look like. Perhaps some of the worries we have about our own extinction can be seen literally written in stone as we take deeper looks into fossil history.

Is our planet trying to kill us? The Paleocene–Eocene Thermal Maximum (PETM) event occurred 55 million years ago and was one of the hottest times on earth, yet there have yet to be mass extinctions directly correlated with this extreme climate event.

The most well-known mass extinction is the asteroid that marks the K-T boundary (also known as K-Pg or Cretaceous-Paleogene boundary) but there are many other major extinction events that occurred without interruption from outer space. The Ordovician-Silurian Extinction, Devonian Extinction, Permian-Triassic Extinction, and the Triassic-Jurassic Extinction are now seen to have been the result of climate change. The Cretaceous-Tertiary Extinction is still associated with a large asteroid event, but may have also been pushed over the edge by volcanic activity.

Peter spoke with Gerta Keller who is known for being outspoken against the idea that asteroids could have caused major extinction events. She believes that big impacts, like the site in Chicxulub in Mexico, occurred long before any major drop off of life. Peter observed evidence of a tsunami resulting from the asteroid impact that may give clues to how the strike could have hit the right place at the right time to cause a catastrophic climate event. The Tanis site in North Dakota also gives clues to the timeline of impact and when dinosaurs ceased to exist. Today, most scientists agree that an asteroid was a major impact but volcanic activity also seems to be a big contributor.

The Permian-Triassic Extinction saw 9/10 of animal and plant species (and our beloved trilobites disappear completely!). This event is tricky to document with a lack of evidence from the fossil record, possibly correlating to 2 million years of volcanic eruptions in Serbia, emitting massive amounts of CO2.

Paleontologist Peter Ward has remarked on how the planet doesn’t care if our emissions come from Volvos or volcanoes. Either way, carbon dioxide has a huge impact on our planet. Massive extinction events have shown that when CO2 levels rise rapidly, we are hell-bent for disaster. Our current human impact may seem insignificant compared to major events of the past, but that doesn’t mean we get to ignore the possibility of a sixth extinction. This may be our window of opportunity to save the world. On the bright side, every major die-out has been followed by an explosion of life. So maybe we can heal after all.