Episode #34 One for the Bird Nerds with John Marzluff

Ravens and crows have their own form of complex communication amongst themselves, and John Marzluff has studied how these birds pass information on an individual and even generational level. Ray gets to ask questions about his own raven experiment! 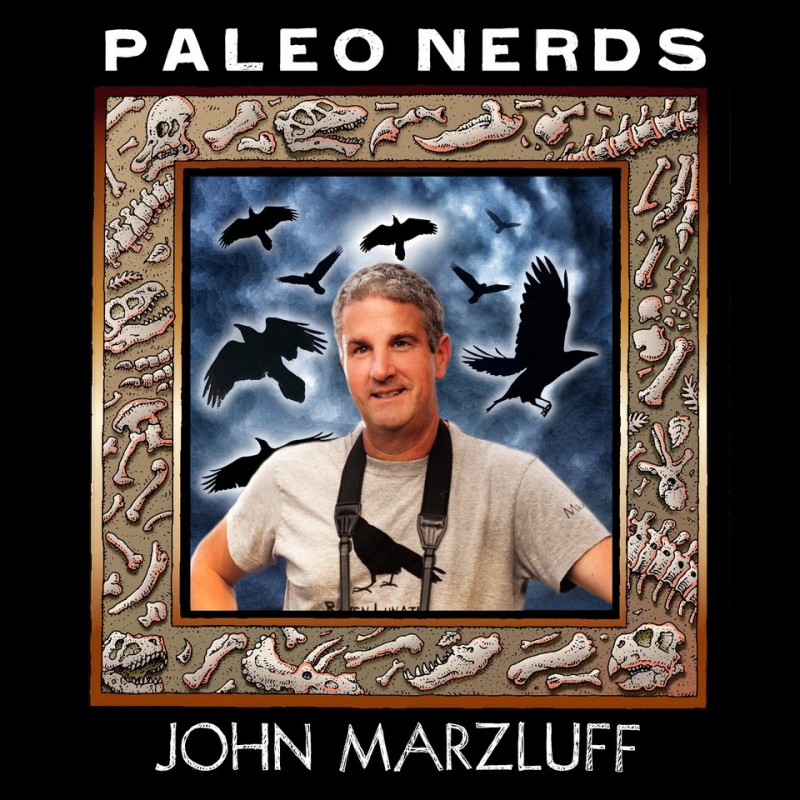 Professor of Wildlife Science at the University of Washington

Growing up, John did a lot of hunting and fishing with his dad. John's father was in the navy, so his family lived all over the US until somewhat settling in Lawrence, Kansas, where John met his mentors: his high school teachers with whom he's since published papers.

John's a Bird Nerd so he's a Paleo Nerd by evolution, studying the living relatives of dinosaurs. In fact, many early bird fossils were misclassified as early dinosaurs. To John, Corvids are the pinnacle of bird evolution with their spectacular intellect and complex social behaviors. Corvids are a family of 150 species including jays, crows, ravens, magpies, as well as lesser-known species like choughs (pronounced “Chuff”).

John's book, In the Company of Crows and Ravens, is a summary of how humans view ravens but also how ravens see us. Ravens and crows have lived alongside (and in opposition to) humans for centuries, developing complex communication and social connections. Raven's are actually in the songbird category based on their voicebox musculature that allows for a greater diversity of sounds as well as an ability to learn sounds.

Birds pack more into their small brains by using sensory integration modules into their learning practices to fire more neurons. In layman's terms, the corvid brain is wired in a way that allows birds to process information differently and more effectively than a mammalian brain. At the Konrad Lorenz Institute, scientists have the unique opportunity to study birds and primates, and John's colleagues Nathan Emory and Nicky Clayton have shown that corvid mentality is comparable to that of primates.

The term "bird-brained" colloquially means dim-witted, but work by John, his students, and scientists like Irene Peppergberg have shown how these creatures are capable of complex learning. Irene's grey parrot, Alex, could use human language to communicate complex ideas and John has shown that corvids can communicate culture through generations:

Because corvids are so smart, John and his colleagues have relied on masks to protect their identities from the birds they observe, inadvertently instilling a culture of hate associated with the caveman mask they wore while capturing birds. This cultural phenomenon has been passed down through multiple bird generations. So if you're dressing up for Halloween on the University of Washington campus, you might not want to dress as a cave man... Learn more from John's Nature special, A Murder of Crows, PBS.

Another example of bird intelligence is that corvids hold "funerals," or at least gather when a member of their flock dies. Although scientists can't say that crows are grieving, it has been shown that crows remember people or places associated with dead crows. So if you ever see a dead crow or raven, don't pick it up or you (and maybe even your whole family!) will be scorned by the corvid community for the rest of your life.

Ray has been conducting his own experiment with his local ravens (and some select crows), leaving a bit of his lunch every day at the same time of day to see how long it would take for the ravens to anticipate his visits. Unlike John, Ray hasn't worn a disguise, so his friendly ravens can recognize him wherever he goes...

Why don't you see baby ravens? They don't leave the nest until they're almost fully grown, but you can tell a young raven by blue eyes and pink mouth-lining. Ravens don't lose their pink mouth-lining until they are dominant, turning black as soon as they're mature.

John has written many books on corvids, animal behavior and has even collaborated on a book with his wife, Colleen, and Ray's fellow Southeast Alaskan artist, Evon Zerbetz about ravens, dog sledding, and research in Maine.

Meet "Steve" the unofficial raven mascot of northern Yellowstone, or this crow that was arrested for stealing mail!

Check out Crow Scientist, the app that allows kids to participate in crow science!

Paleo News: Dave rings the "Weird Shark" alert bell and Ray realizes the Late Cretaceous pelagic shark Aquilolamna has wide pectoral fins but no pelvic fins. He gets former guest JP Hodnett on the case. Could this mean Aquilolamna is a lingering relative of the Eugeneodontids (like Ray's beloved Helicoprion)?

And an Oviraptor fossil was found still sitting on its nest!!

What was that could song I heard?